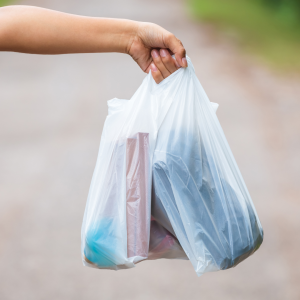 Schools currently participating in the Weekend Survival Kits program are listed below. If you see your child’s school, please contact your school office to sign up. You may also CONTACT US and we will get you in touch with your school coordinator.

If you do not see your school on the list, please reach out to us. We will contact your school and work with them to initiate community support and get a program started.

Jacob was 5 years old when he came to my classroom in early October. He came late to school because he had begun in another school district, but his family was evicted and they had to move to our district. He arrived well after school had begun and routines were well established with the rest of the class, we had settled into our day-to-day Kindergarten life.

He came in like the Tasmanian devil and obliterated any sense of calm and normalcy we had established. He was low academically, couldn’t even write or recognize his name. He was VERY challenging. He couldn’t sit still or follow directions; he couldn’t focus or concentrate on anything for more than a minute or two. Jacob was getting “sent out” of gym, music, art, Spanish, and yes, even my classroom for disruption ... in short, he was not functioning in ANY area of school.

Jacob continued to struggle in all school settings. I tried all the tools in my toolbox to correct and guide his behavior and help him settle in. He never appeared to care much about anything. He was just in constant motion; a whirling dervish ... full of energy, sprinkled in with occasional bouts of anger and frustration. He was disrupting our class daily- heck, hourly even, and he was experiencing very little academic success. I tried everything. Except one thing. Except really talking to him.

Out of desperation, I moved him away from the other kids and to my table, where I work. One Friday afternoon, as we were working together at our table, he said, “Do we have school tomorrow?” I said, “No, buddy, tomorrow and Sunday are stay home days with our families. We will have school again on Monday.” To my shock, he began to cry. Sob. I had never seen him sad. Ever.

“No! I hate when it’s not a school day because I don’t get food.” Stunned silence. Oh, buddy. Now my turn for tears.

It made perfect sense. Monday through Friday he got breakfast and lunch at school. .. who knew about dinner? Probably hit and miss. But on the weekends ... he was never sure he would have a meal. Heart-breaking. This child was dealing with food insecurity. Right under my nose. How COULD Jacob be expected to sit still, focus, and learn, when his basic biological need for food was not consistently being met? He had WAY bigger worries than learning his ABC’s and how to sit still! He had to worry about hunger. HUNGER?!?

At this point, I knew Jacob really needed help. I knew of this organization called Weekend Survival Kits and got Jacob on the list.

The difference these food kits made in Jacob was amazing. He no longer dreaded the weekends. After a time, he began to feel much more secure that his needs would be met. He settled into our classroom routine. He continued to be high energy and very challenging ... but he became more focused and willing to learn ... eager, even. He learned every one of his letters and sounds.

He learned to read and write! He still hasn’t quite figured out the sit still part, but he made HUGE improvements in all areas, and is almost caught up with his peers. The Weekend Survival Kits helped take that basic need (for food) out of the equation ... and allowed him to feel more safe and secure in our classroom ... ready to learn. The Weekend Survival Kits program supports academic success by providing kids like Jacob their basic biological need of food. This helps level the playing field for kids like Jacob; helps them keep in step with their peers.

I can’t imagine the year Jacob would have had without the assistance from the Weekend Survival Kits program. I am eternally grateful for their generous help.

I am glad to know that Weekend Survival Kits is there for the elementary school kids in this area, supporting academic success wherever they sign-up children like Jacob to their program.

Schools Participating in the WSK Program

Click on the name of your school district to see individual school names.